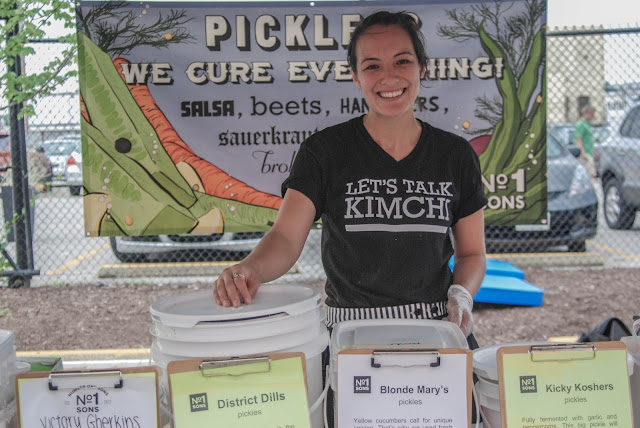 After I bought my used Series-E Nikon prime lens at Barn Attic, I found myself just throwing it into my purse whenever I thought I might want it later, which was dumb. It could easily have broken or gotten scratched. I checked out some lens cases online, but the ones I could afford looked ugly. I decided to make one myself. 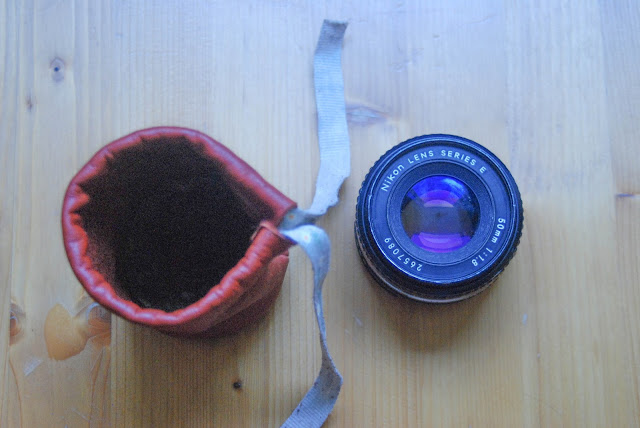 I used this tutorial, and some leather I got from the Scrap Exchange in Durham last summer. I also used my very fancy hedgehog bias tape from Treehouse Kid and Craft in Athens, Georgia, which I had been saving for a special occasion. It took a few tries (and wasted some good materials) to figure out how to make the case the way I wanted, and it's not perfect, but it does the trick.

My favorite things about this case is that I made it (and bought the materials from sources I trust). I know exactly where it was came from and feel comfortable with the ethics, so owning it carries no psychic weight for me-- I can use it without guilt. 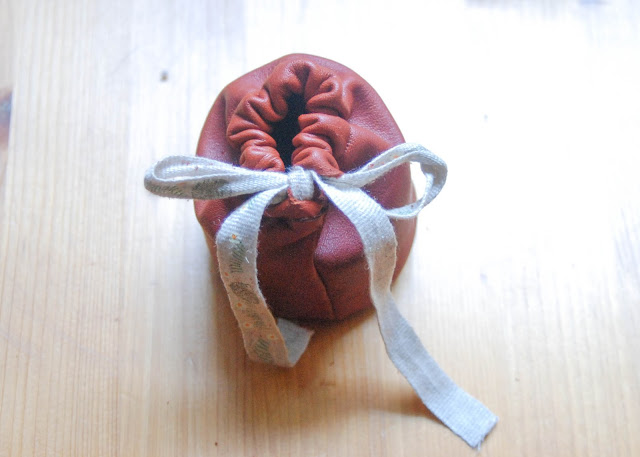 Here's what happened: Last month I spent a fantastic morning at Rock Creek Park with my friends, A and J and their son, X, splashing in the water, talking about the Hardy Boys and taking some family photos of them. I learned a ton about outdoor portraiture and they loved the pics that I took. Everybody was happy. 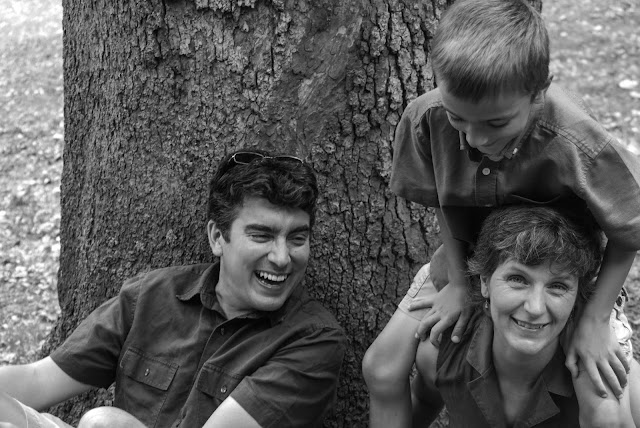 A few weeks later, I received an exciting package in the mail! Inside were a pair of the most beautiful socks, hand knitted by A, and a very sweet thank you note. I love comfy socks. When I can, I buy Goodhew Socks, but these are the most special pair I own-- so warm! So pretty! Made by my friend's own two hands! 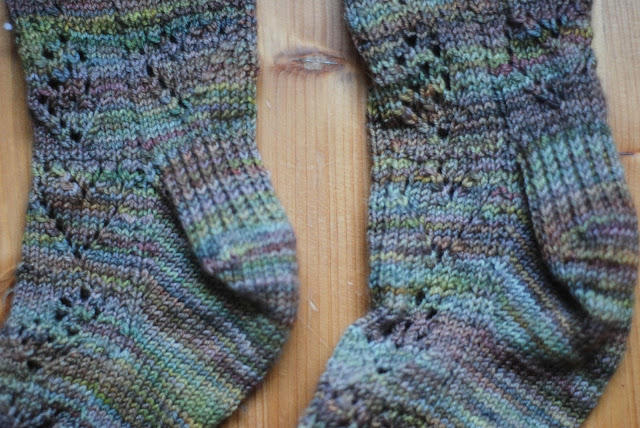 Everybody got something they wanted/needed (socks! portraits!) and everybody had the chance to engage in an activity they enjoyed/excelled at (knitting! photography!) and see another person(s) reap the fruits of that activity.

Technically, this transaction is a more representative of a gift economy in which participants give what they have with the general expectation that others will do the same, but it looks a lot like bartering. I really like the idea of gifting or bartering as opposed to just making everything for one's self, because it allows people to concentrate on doing the things that they love and do best. I can't knit for shit, but I can take the hell out of some pictures. And wear the hell out of some socks. 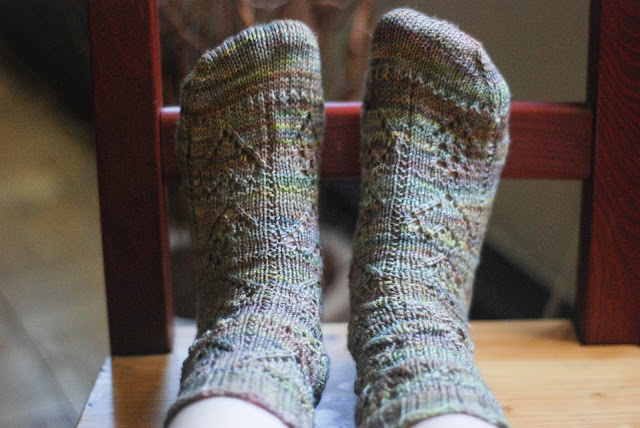 In a bartering economy, people are more explicit about the exchange (I'll give you these socks if you take these pictures), which gives people even more leverage over the situation. I wish that there were more ways to exchange goods in this way. Maybe there are. I'll be looking into it.

I made fish tacos for dinner this past weekend and while I was browsing Union Market for supplies with Rachel And Jan, I stumbled upon Number 1 Sons, an Arlington-based brother and sister pickle operation. Yes. 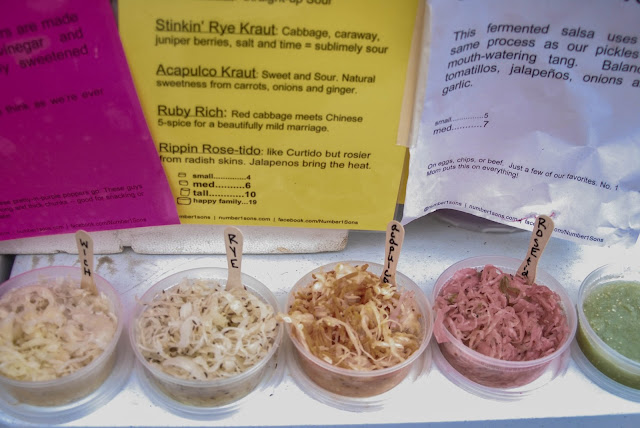 I told Caitlin, the sister, that I was making fish tacos and she got super amped because she had always wanted someone to try her Acapulco Kraut on a fish taco. I got super excited too and we kind of high-fived. Then I bought the kraut, plus a tub of salsa verde. Caitlin was like Hey! Send me a picture of your tacos! And was like Will I ever! And Rachel smiled upon us with great tolerance. 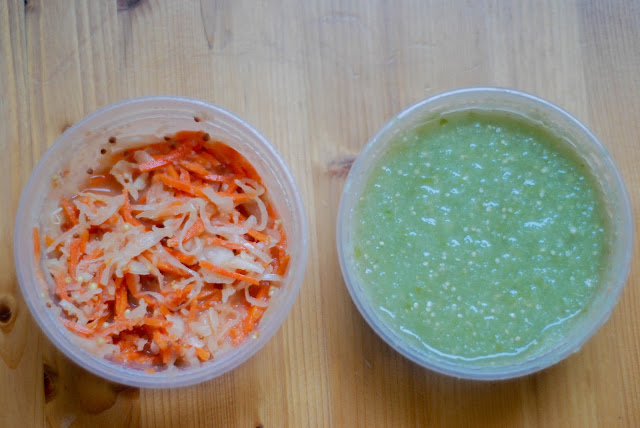 The kraut was so, so delicious, and I couldn't have made it myself because it involved lactic acid fermentation (the process that makes kosher pickles and kimchi so tangy) and I don't know anything about that. It was a special treat because I don't often by prepared foods like that but I'm happy to pay someone to do things I truly cannot-- just the way I don't make my own clothes because I don't want to look like I'm at Ren Faire. Even though it's a splurge, I'll probably return next month and get myself another tub or two of pickles from Number 1 Sons. These people are making kimchi with kale, ya'll. Respect. 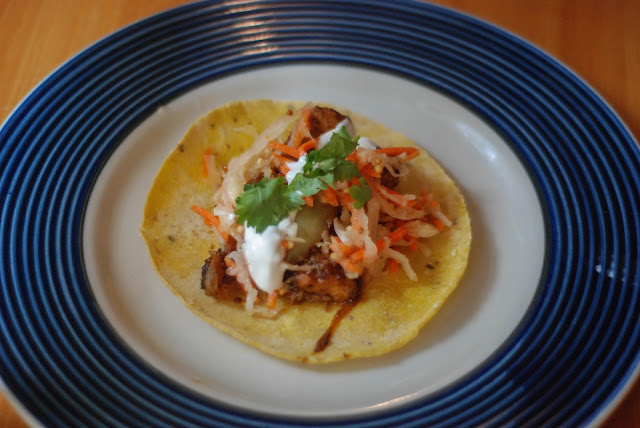