Going for walks with myself

A few weeks I took a slow walk through San Francisco. It was 2.5 miles from our hotel in the Financial District to the Mission, and I spent about an hour covering the the distance. 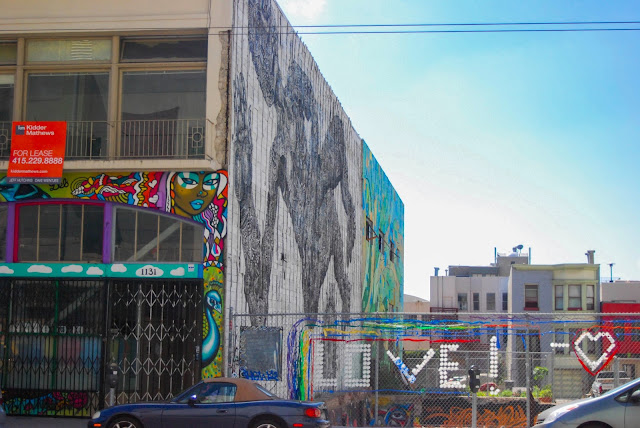 I'm a West Coast n00b--this was my second time ever seeing the Pacific Ocean-- and all the things that I expected to be different-- the names of streets, the shapes of trees, the corner stores, the demographic makeup of neighborhoods-- were just as different as I thought they would be. I loved it.

I walked down Mission Street through artsy SOMA and then down a few blocks I might have avoided had I known the route better. It was 11 am, and San Francisco was out and about, pushing shopping carts filled with junk, riding bikes, hawking used cell phones, looking for brunch, hefting baskets from the farmer's market. It was easy to note the marks of gentrification that spelled the beginning of the Castro- shop signs changing from neon coils to hammered zinc-- but regardless of the neighborhood, there hung around me a quiet that felt unfamiliar, a hush I couldn't quite put my finger on. 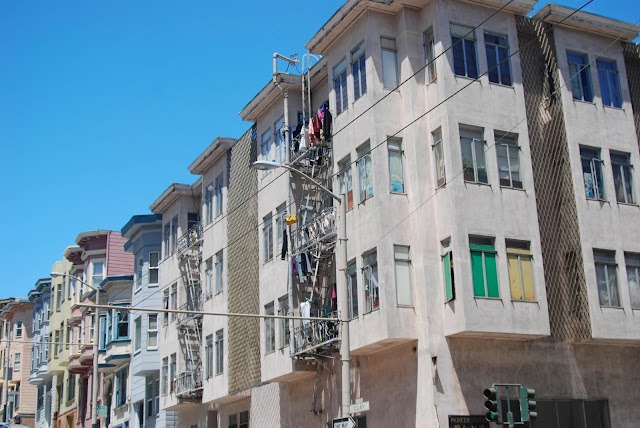 It wasn't until I was sipping my coffee at Four Barrel that I realized: not a single time over the course of my walk had I been catcalled, shouted at at or approached. No men yelled. No teenagers whistled.

Only once did anyone speak to me at all. I was skirting around an outdoor market and I stepped on the fringe of a blanket where a man had laid out his wares. I waved in apology, and the vendor tipped his chin upward in my direction and murmured, "Mama", with the same intonation that people once said, "Ma'am" when passing a lady on the street. The tender formality of it, the term of endearment I hadn't heard since leaving Honduras, felt like ice water down the back of my neck.

All my adult life I've gone for walks alone, in Paris and in San Pedro Sula, in Durham and in Washington DC, and not once have I ever done so without being shouted at.

It doesn't always make me angry. Sometimes it makes me laugh. In Honduras, I would occasionally bristle if I wasn't catcalled, wondering if I looked ugly that day, feeling suddenly rejected by the same men who had frightened me the day before. 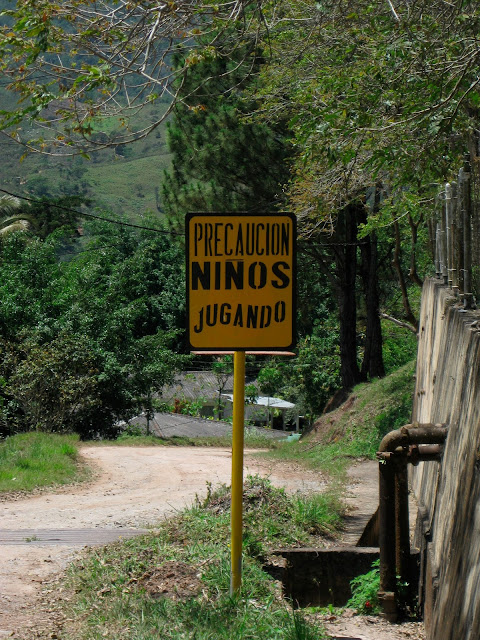 Once, a year or two into my time in Honduras, I was walking down the mountain a few kilometers to buy groceries when I heard shouting and trilling from a hundred yards away. I ignored it as long I could, but I ended up looking reflexively over my shoulder. A group of teenagers, boy and girls, had managed to wedge a jumbo-sized kiddie pool between the rocks in a nearby clearing and fill it with water from the stream bed. They were yelling at me to come swim.

Conditioned by years of catcalls, I didn't even glance their way again. I kept walking, and I was a mile down the mountain before I realized that their attention probably wasn't threatening and it might have been fun to go say hi.

I didn't know them. There were men in the group. It was probably a good call. But still. I was so hot. A swim would have been awesome. And what must those kids have thought when I wouldn't even look their way? I was so angry then at all the men who had yelled and whistled at me and walked too close behind me and spoken loudly to one another about my ass. I was hot and tired. And I felt tremendously lonely.

This customary attention-- bawdy, demanding, flattering or threatening-- is my constant travel companion as a woman. While it's convenient to say that it must be accepted as a cultural norm, and just as easy to say that it must be fought as a sexist injustice, it's most honest to simply examine the shape of it in my life. And the lives of my sisters, my mother, my friends. Someday, my daughters.

It's a shape that marks my identity by filling my moments of quiet and moulding the way I carry myself, where I walk, who I talk to.

It was nice, for an hour in San Francisco, to mark the contours of who I am without it. 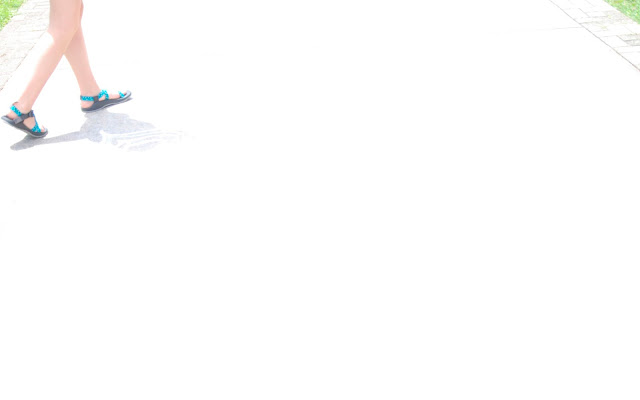