Roots and Radicals: North Carolina and Beyond 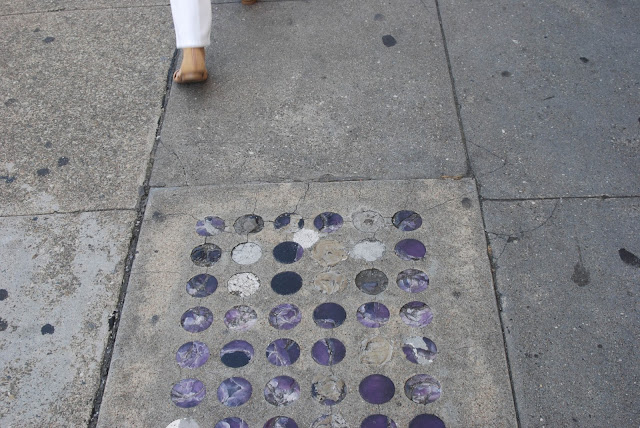 As my home state of North Carolina settles in for a fight over heinous new restrictions on voter rights and abortion rights, I keep wondering what I’d be doing if I were in college at this time. Based on my activity during the 2002 beginning of the Iraq War, I’m guessing I’d be awaiting trial for an arrest at one of the Moral Monday demonstrations.

Everything was very clear-cut at that time in my life: if something was wrong, I spoke out against it, often using my body as well as my voice. My relationships suffered. My grades dropped. I felt sure that I was doing the right thing. I didn’t know what I wanted my life to look like, but I was sure I was willing to give it up for a cause.

In 2013, It’s less clear to me how I should respond to the domestic atrocities now sweeping my home state. My politics haven’t changed. My life has. I have a job I love. Students. I make jam and pickles and stack the jars on my kitchen shelves. I guess I put down roots.

I found myself re-listening this morning to an old episode of The Story interviewing Norm Stamper, the former Seattle Police chief who called the shots during 1999’s violent WTO protests. Stamper says he now regrets the way that his department handled the protests (he resigned in the aftermath), and derides police violence at Occupy camps in New York and California.

What impresses me most is Stamper’s willingness to alter his analysis without shifting his allegiances. He has changed his mind about the use of police force in response to peaceful protest, but he hasn’t been radicalized in a direction opposite to the police perspective.

I was radical, once. Or, I thought I was. I used to love reminding people that the word’s etymology can be traced back to the idea of physical roots, the sturdiest part of something, the base of it, and also its beginning. I suppose in this sense, Stamper’s change of heart is impressively radical not because it appeals to any political leftism, but because he has managed to integrate new insight into his identity without uprooting it entirely.

As a college radical I was taught by older mentors to regard the “Battle of Seattle” as a watershed moment in leftist history. Protesters’ violent clashes with police, complete with home-made riot gear, were to be studied and celebrated. What are "old timers" like me telling college students today about the protests at start of the Iraq War?

As someone ten years out of college with first-year composition students of my own, I would never, ever encourage college student to risk their bodies or their futures by seeking arrest. But I also can’t bring myself to regret the decisions I made at age eighteen.

Each Monday, the lawn outside the NC legislature fills up with people determined to change the terrifying direction in which our state is headed. My sisters have been out there. My former students have. It surely isn’t my choice, but I don’t want them to be the same kind of radical that I was.

I’m tired of talking about protesting. I want to talk about rights. I want to talk about the people who are being denied their rights, and how their voices might still be heard. Those who wished to vote and now cannot. Those who will risk their lives seeking unsafe abortions because safe options are no longer available. They are roots of the cause. Or rather, their freedom is. Their words are being lost. Their bodies are being jeopardized. But I can’t stop talking about what radicalism means to me.

What is the most radical part of us? What are the roots? I hope, for my students, the roots are the urge to speak, not the words that come at one moment or another. Issues change. Minds change. The question of risk shifts.  I have a fuller life now, and I am less sure what I am willing to risk. I can't bring myself to regret that, either.

I'm so tired of talking about this. I can't stop. If I could choose a way to talk about this with my students, it wouldn't be with words. I would want all of us fly away from the issues for a while, and rest up high in a struggle for possibility: the possibility of voting, not the candidate. The possibility of a free body, not a pregnancy or an abortion. No protestors. No police. A different part of the tree, where light blends the leaves with the sky.

Up there, in the space of possibility, where we know are allowed to change, maybe we could breathe, for a moment, and then we could look down, and see, clearly for the first time, our actual roots.

Email ThisBlogThis!Share to TwitterShare to FacebookShare to Pinterest
Labels: being a nice person, family and women's health