Places: The Detroit Institute of Art and Rivera Court 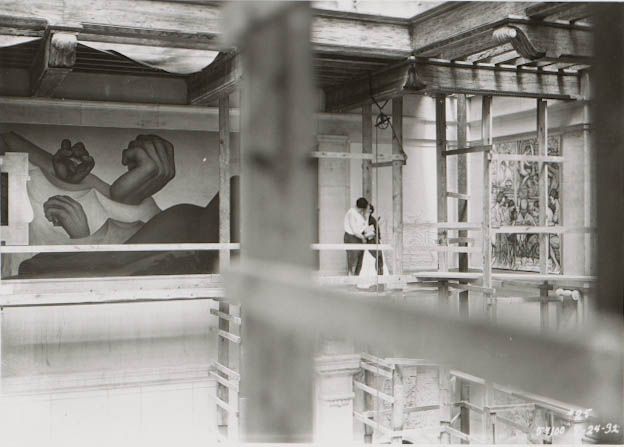 In 1932,  twenty-four-year-old Frida Kahlo suffered a miscarriage at Henry Ford Hospital in Detroit, an event which further devastated her relationship to her body, and which she depicted in her painting, Henry Ford Hospital, 1932. Around the same time, my grandmother was born healthy at Hutzel Women's hospital, two miles away.

In 1933, Diego Rivera unveiled the Detroit Industry Murals, a twenty-seven-panel fresco in a huge, sunlit atrium at the Detroit Institute of Art.  The fresco depicts the union of natural magic and human potential-- the earth gods creating iron ore, the growth of crops, the muscular fabrication of auto parts, the vaccination of a small child.

Fifty-one years later, I was born to a twenty-four-year-old mother via crash C-section, also at Hutzel women's. My mother took me to the DIA while I was still in a stroller. I ran as a toddler across the huge tiled expanse of Rivera Court. 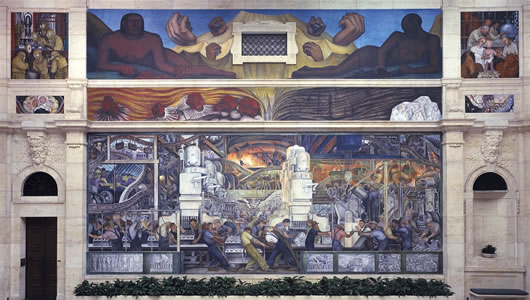 As a teenager, struggling to master my own mind and to conquer the unremarkable and devastating chaos of adolescent identify, I found in the Detroit Industry Murals a way of seeing the world that helped me stand still. Beauty in the order of things.  The tying together of the earth in paint. The binding of time with art.

Lots of people with much more knowledge than I are making well-reasoned and researched arguments regarding why it's a terrible idea to sell off the Detroit Institute of Art's collection to deal with the city's worsening economic problems.  I really, really hope they don't do it.

Rivera painted his frescos as a tribute to the vitality of Detroit's workers and the genius of the auto factory. These days, in the press, Detroit seems like the poster child for the death of American industry. Kahlo experienced a surge of artistic growth in Detroit, but she lost her baby, and her mother died far away in Mexico. To her, Detroit was a "shabby little town". 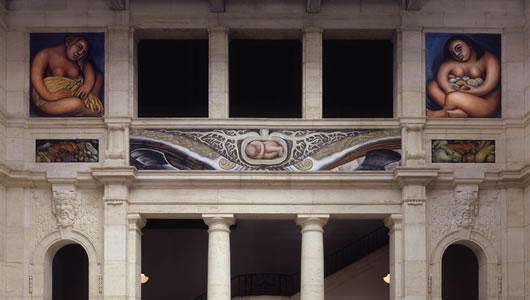 If Rivera's fresco are built into the very walls of the DIA building, can the be auctioned off as well? Will they take hacksaws to the walls of Rivera Court and send the panels off in 27 different directions? I don't have a grand argument for why the DIA is worth saving. I just have this series of connections, and some shadowy ideas about their importance in my life. It's not enough on its own, but it's part of the story.

My favorite picture of Rivera and Kahlo shows them high up on the scaffolding surrounding a half-finished Rivera Court, wrapped in passionate kiss. The huge red hands which for Rivera represented the union of God and Nature reach up behind them to cup the sky. I'll spend the rest of my life figuring out why I love that photo so much. Perhaps the ties that bind me to that image are yet to be spun-- thread that will spool out over decades. I only know what I see now: these places, those people, the raw materials, and the potential it all ever holds, which might carry us forward through time.