Self Care: The Magic! Of! Phytonutrients! and why we are actually smart enough to understand them 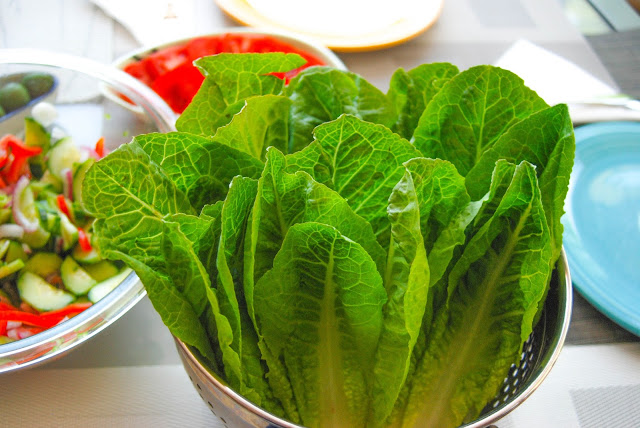 Driving down to the beach this weekend, I flipped out over a Splendid Table interview with Jo Robinson, an investigative journalist who focuses on food and recent wrote the book Eating on the Wild Side. I've been at the beach with my family for three days now and I've already been informed that I am no longer allowed to discuss phytonutrients at dinnertime. Whatever.

Here's the idea behind Robinson's project: plants create phytonutrients to protect their cells from damage, and when we eat those plants we ABSORB THEIR POWER, and the phytonutrients protect our cells in turn. The best moment of the broadcast?


LRK: Antioxidants do what?

JR: They keep us alive.

Robinson goes on to explain that, over time, humans have increasingly bred plants high in sugar and low in phytonutrients. What a surprise.  BUT! There are plenty of plants in the produce aisle that still have what we need. As a doula, I tend to tell clients to just eat foods that are naturally bright in color, as many different colors as possible per day, but the science behind it has been hard for me to explain. This is the book I'll recommend to clients who want to understand more.

What I really appreciate about Robinson's approach is that she has taken 6,000 peer-reviewed scientific studies and aggregated their results to produced a single volume with clear instructions about how to eat AND WHY. These are not her own conclusions-- this is what the nutritional discipline has concluded. She's made dense science something that laypeople like me can really understand and implement.

For example! A few cool ideas:

--Don't cook garlic immediately after crushing or chopping it. Instead, allow it to sit for ten minutes. It will develop a compound called alicin, the major source of garlic's health benefits.

--In order to retain the phytonutrients in frozen blueberries, defrost them quickly in the microwave rather than slowly on the counter.

--Eat plants that have lead a rough life. The plants with the greatest amount of phytonutrients are those that have been exposed to a little hardship, and therefor have needed to produce chemical defenses. That's why plants bred to be pest-repellent or those treated with chemicals or grown in greenhouses contain fewer phytonutrients than organically grown or heirloom plants.

I find these specifics really cool because they push beyond the basics of low glycemic index and bright color. The premise of Robinson's book is that people are smart enough to understand the science behind all the nutritional advice they're given. It's a different approach from many nutrition books, which just offer lists of foods to eat and foods to avoid. I'm suspicious of that stuff. I mean, what if it's all bullshit? There's a lot of nutritional psuedoscience floating around and it often makes people feel more mystified and afraid. Robinson's research separates the wheat from the chaff, and presents it in a way that puts the reader in control. What a novel idea: to privilege our ability to care for our bodies by appealing to our brains.

Email ThisBlogThis!Share to TwitterShare to FacebookShare to Pinterest
Labels: food, pages, self care